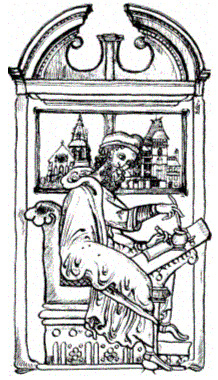 Founded in 1839 as The Society for promoting the Study of Gothic Architecture, the society's aims were at first antiquarian, but during the 1840s it actively encouraged the use of the archaeologically correct Gothic revival style in church architecture, publishing designs and offering advice to church builders. In 1848 it was renamed The Oxford Architectural Society and widened its aims to include the revival of domestic vernacular architecture in the Gothic style. Membership fell, however, and in 1860 it was refounded as the Oxford Architectural and Historical Society. Although extending its aims to include archaeology it became largely academic, also carrying out some important preservation work at North Leigh Roman Villa and on standing buildings such as Carfax Tower. The Society's journal Proceedings came to an end in 1900 but in 1935 it was decided to inaugurate a new periodical publication dealing with the history and antiquities of Oxfordshire. Volume I of this journal, Oxoniensia, was first published in 1936, and has come out each year subsequently, albeit doubling up during some of the war years. In 1972 the Society merged with The Oxfordshire Archaeological Society to become The Oxfordshire Architectural and Historical Society.

As W.A. Pantin observed in his remarkable lecture The Oxfordshire Architectural and Historical Society, 1839—1939, read before the Society in 1939, ‘It is impossible not to admire the vitality, flexibility and adaptability of the Society; there is the same institution, but with constantly developing and changing functions’. In the 21st century the Society is still adapting to meet new challenges.

As well as its journal Oxoniensia, the Society has published volumes of proceedings from its foundation in 1839 until 1900; the Oxfordshire Archaeological Society produced proceedings from 1853 until 1972 when the two societies were merged, though after 1949 these appeared in a section of Oxoniensia.

The society is active in promoting the study and conservation of archaeology and buildings. Through the Oxford City and County Archaeological Forum we help the County Archaeologist organise the annual Oxfordshire Past meeting.